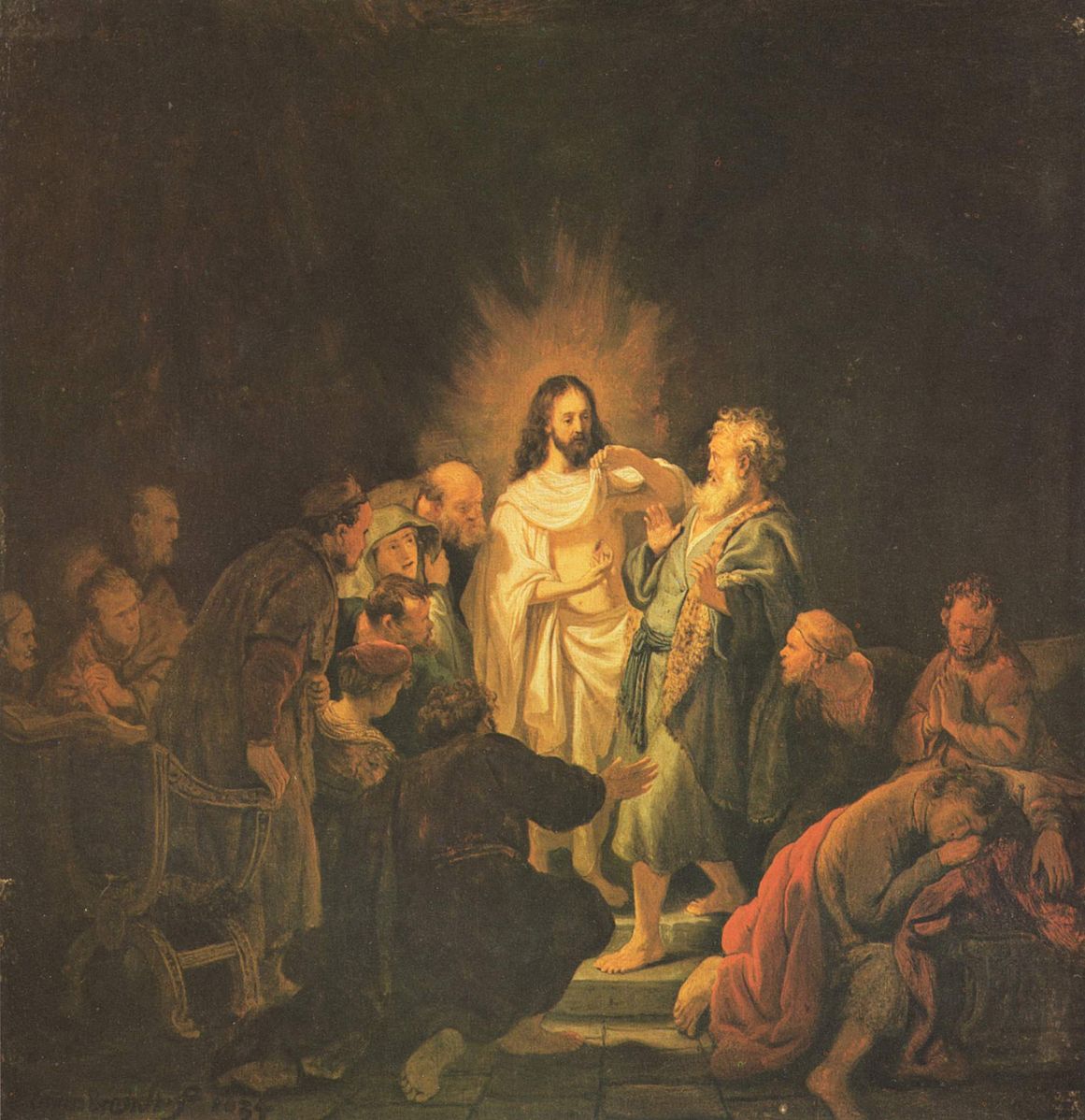 He was born the ninth of ten children to Harmen Gerritzsoon van Rijn, a wealthy and prosperous miller, and Neeltgen Willemsdochter van Zuytbrouck, the daughter of a baker. Rembrandt’s family understood the importance of education and saw the potential their son had in art. At fourteen, Rembrandt enrolled in an art program at the University of Leiden, where he received a thorough understanding of classical and Biblical stories that later influenced his works. In his teens, he opened a studio in Leiden with his friend and apprentice Jan Pynas. He had become a highly regarded artist by the young age of 22, and soon after took on his first students. At the age of 23, Rembrandt was so famous that Netherlands Ambassador Sir Robert Kerr (1578 to 1654) gave several of his paintings to King Charles I.

Rembrandt is not known to have formally been dedicated to any church, although his mother and father were respectively Roman Catholic and Dutch Reformed. He was a well-known painter of light and shade and an artist who favored an uncompromising realism, that would lead some critics to claim that he preferred ugliness to beauty. The towering presence of Peter Paul Rubens influenced Rembrandt. However, a comparison shows that Rembrandt had fundamentally transformed Rubens’s heroic pathos into a robust realism that evokes in the viewer a deep sense of involvement in Christ’s suffering.

The painting, ‘The Incredulity of Saint Thomas’ was executed in oil on oak panel by Rembrandt Harmensz van Rijn in 1634. Sometimes Rembrandt treated familiar biblical stories in a new, even shocking way, as in the present painting. Light plays the leading role. The most characteristic feature of this somewhat theatrical composition is Christ’s lightened figure from whom the light is irradiating the whole scene.

To the right of Jesus stands Thomas, one of the Twelve Apostles. He appears in the Gospel of John, most famously in the passage John 20: 24-29, where the saint doubts the Resurrection of Christ, saying, “Unless I see the nail marks in his hands and put my finger where the nails were, and put my hand into his side, I will not believe it.”

Jesus then comes to him a week later and invites him to do just that. By showing his wounds, Jesus takes away Thomas’s doubt. Contrary to most other depictions, Thomas does not stick his hand into the wound. His doubts vanish when he sees the wound, he believed in the Resurrection and called “My Lord and my God!” Jesus responded, “Because you have seen me, you have believed; blessed are those who have not seen and yet have believed.”

The other Apostles in the background are Peter (older, bald gentleman) and John, who were both there when Christ first re-appeared, yet are more than eager to examine him again.