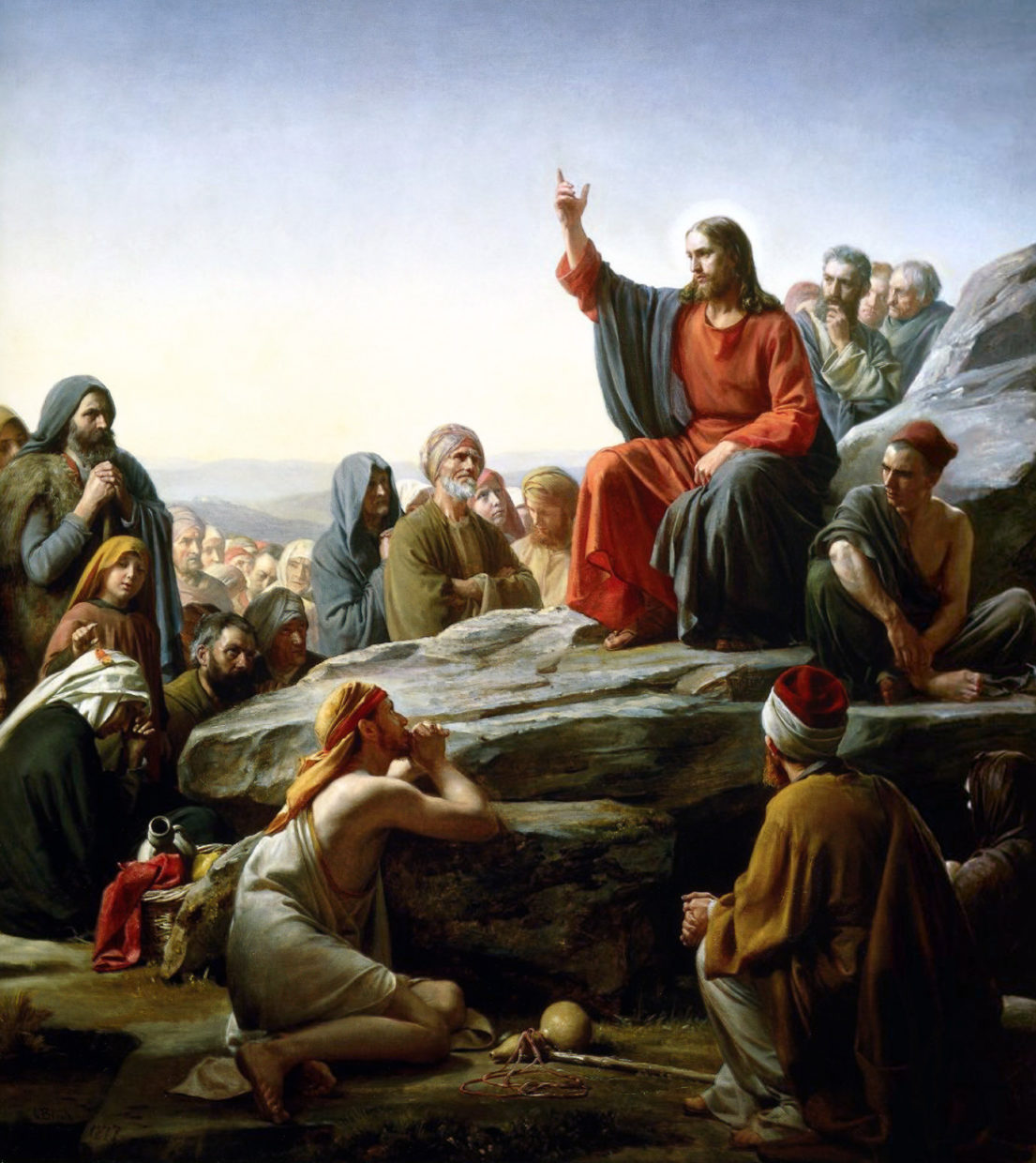 The celebrated Danish painter Carl Heinrich Bloch, was born on May 23, 1834, in Copenhagen, Denmark. He was the son of merchant Joergen Peter Bloch and Ida Emilie Ulrikke Henriette Weitzmann Bloch.

Bloch’s parents wanted their son to enter a respectable profession – an officer in the Navy. This, however, was not what Carl wanted. His only interest was drawing and painting, and the idea of becoming an artist consumed him.

In 1855, Bloch joined the Royal Danish Academy of Art, where on August 1, 1859, he received a travel grant. Bloch used this grant to go to Holland, France, and Italy with his best friend and fellow artist, Anton Dorph.

Here, Bloch’s love and admiration for Rembrandt further developed, and the old master became a major driving force in Bloch’s development as an artist.

Today, some have recognized Carl Bloch as perhaps the greatest artist ever to interpret the life and death of Christ. Contemporary artists, working with this challenging subject, pay tribute to the old master.

Carl Bloch met his beloved wife, Alma Trepka, in Rome, where he married her in May 1868. They had a happy and prosperous life together until her early death in January 1886.

The sorrow over losing his wife weighed heavily on Bloch, and being left alone with their eight children was very difficult for him.

In a New Years’ letter from 1866 to Bloch, H. C. Andersen wrote the following: “What God has arched on solid rock will not be swept away!” Another letter from Andersen declared, “Through your art, you add a new step to, your Jacob-ladder into immortality.”

In a final ode, from a famous author to a renowned artist, H.C. Andersen said, “Write on the canvas; write your seal on immortality. Then you will become noble here on earth.”

Now, more than a hundred years after Carl Bloch’s death, young artists from all over the world, attempting to illustrate the life and death of Christ, make a pilgrimage to Frederiksborg Castle to study the great master.

The 23 paintings for the King’s Praying Chamber in Frederiksborg Castle Chapel made Carl Bloch the undeniable choice for painting alter pieces. He painted eight altarpieces and considered these to be among his best.

These altarpieces can be found at Holbaek, Odense, Ugerloese and Copenhagen in Denmark, as well as Loederup, Hoerup, and Landskrona in Sweden.

Through the assistance of Danish-born artist Soren Edsberg, the acquisition of “Christ healing at the pool of Bethesda,” [formerly owned by Indre Mission, Copenhagen, Denmark], was recently made possible for The Museum of Art, Brigham Young University, Provo, Utah, U.S.A.

Carl Bloch died of cancer on February 22, 1890. His death came as “an abrupt blow for Nordic art,” according to an article by Sophus Michaelis. Michaelis stated that “Denmark has lost the artist that indisputably was the greatest among the living.” Kyhn said in his eulogy at Carl Bloch’s funeral that “Bloch stays and lives.”

A prominent Danish art critic, Karl Madsen, stated that Carl Bloch reached higher toward the great heaven of art than all other Danish art up to that date. Madsen also said, “If there is an Elysium, where the giant, rich, warm and noble artist souls meet, there Carl Bloch will sit among the noblest of them all!”

Bloch’s inclusion of various believers who have gathered to hear Jesus’ words allows us to view this religion through a contemporary lens. The humble and poor look on in adoration; some clasp their hands in hope. Their daily tasks are forgotten as they lay aside their baskets, water jugs, and staff. Some look interested but skeptical. The bearded man behind Christ’s figure, who appears to consider and reflect on His words, may well be a self-portrait of Bloch. The young girl in the gold robe and mantle carefully attempts to capture the butterfly that has landed on the woman’s white veil.

(Excerpt from “The Master’s Hand: The Art of Carl Heinrich Bloch”)

The Evangelist Matthew placed the Sermon on the Mount in only three chapters, but in them, we discover the essence of the teachings of Jesus Christ, through which the New Testament and the whole Bible becomes clear.

Jesus Christ’s Sermon on the Mount was meant to be an honest, frank, direct, and open conversation. By that time, humanity has grown and matured enough to be addressed as an adult and not be treated as a child with Old Testament restrictions and prohibitions. It was time to treat people seriously and speak more in-depth.

Christ began his Sermon with the commandments of bliss, saying that true happiness is the ability to cry and be comforted, show mercy, and receive mercy, and have a pure heart to see God.

The people eagerly listened. Christ’s teaching was new, but it did not contradict what the prophets and the law taught them. The words of Christ were understandable but mysterious, encouraging, and challenging:

You have heard the command not to murder, not to commit adultery. But I tell you to look more rooted, deep in the heart, where killings and lust are born and do not give room for sin. Be above all earthly things, Jesus taught, do not judge but forgive, do not over carry yourself but trust God. Seek the kingdom of heaven and become perfect as your Heavenly Father.

Practice the Golden Rule – Treat others the way you want to be treated.